A South African bill of sale indicated that the horse Churchill rode matches the description of one sold to a Boer general by Hall - only days before his escape. 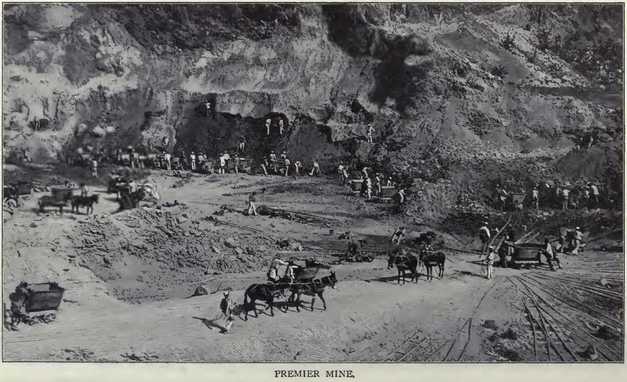 "Hall perfected the Missouri Mule to become stockier and taller which allowed it to carry heavier loads and thereby created a draft animal that was in much demand all over the world. After the war, Hall continued selling in South Africa. The mules became more important because they were needed in the expanding diamond mines."
Tom Parkinson, Bandwagon Magazine, Jan./Feb. 1964

Hall obtained his diamonds and his nickname "Diamond Billy" from trading mules for diamonds.  "The diamonds may have served two purposes -  to enable Hall to carry purchase funds very readily, and when worn as jewelry, to build his character," explained Circus Historian Fred Dahlinger, Jr.

Hall was called upon to aid the war effort during WWI. “Several carloads of Cavalry horses left the farm in early September for Montreal from which they were shipped to England,” reported local newspapers. Shipments continued throughout the war. According to Circus Historian L.M. "Mitch" White, “Over one million horses were rushed to the European market between 1914 and 1917, and Hall supplied nearly half."

“At least nine to ten carloads of horses were shipped every week to the war effort in the fifty to sixty foot wooden stock cars the railroad owned, which carried twenty-five to twenty-six horses each.”
The Schuyler County Republican, April 13, 1916